On July 23, 2020 Google announced it would no longer being charging merchants a commission on products listed on Shopping Actions and sold directly through Google’s shopping cart. So, like Surfaces across Google, Google Shopping Actions is a platform that is free for merchants to use.

Other important changes were also announced, including merchant’s being able to use their own payment provider, as well as managing customer service and returns. These were all previously handled by Google. The Shopping Actions program is currently in transition, invite only at this time with existing users being first moved to a 5% (or less) commission. Invitations are now being sent out to existing users.

New users have to wait until Google opens sign-ups to later this year. And although you’ll likely be able to use your own payment provider, at this time the list of choices is restricted to PayPal, with Shopify Payments seemingly next up.

Unlike their pay-per-click Shopping Ad cousins (first row below), Actions ads display a small blue shopping cart icon in the top corner of the ad (second row below) to indicate the product can be bought in Google’s universal shopping cart. Orders purchased through their shopping cart are, as they were previously, pushed through to the Merchant Center.

Using AdAmplify’s app these orders are seamlessly synced to your Shopify store, so you can manage Actions orders in the same place and in the same way as purchases made directly on your site. As well, we also sync your fulfillment information back to the Merchant Center, so that Google knows the order has shipped.

Aside from Looks, How Do Actions Ads Differ from Shopping Ads?

Unlike Shopping ads where costs are incurred each time a user clicks through the ad to your site (whether they buy or not), Actions is free as mentioned above. Shopping ads redirect the user who clicks on the ad unit to the merchant’s site, whereas Shopping Actions provides the immediacy of users being able to purchase right on Google.

And, unlike Shopping ads where the merchant is responsible for setting up, managing, and optimizing their ad campaigns, Google manages these tasks for you. This means considerably less work in ongoing campaign effort and cost, which can be substantial if you are continually reviewing and optimizing your results. 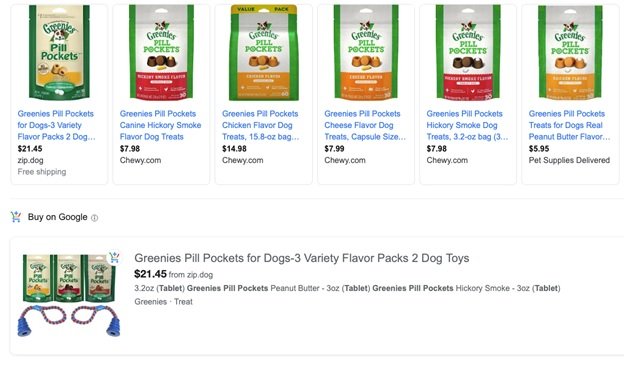 What Other Changes Can You Expect?

Some changes we mentioned above; many of these were substantial departures from the older Shopping Actions program:

Customer Service: previously provided by Google, the merchant is now responsible for handling support directly. Initial issues sent to Google will be forwarded to the customer service contact email you set up in the Merchant Center. But, if an issue isn’t resolved satisfactorily, the customer can file a claim with Google and their customer support will pick it up.

Return Labels: previously Google generated these for a fee but you now have the option of using Google to this or opting to do it yourself.

Retailer Standards: your ranking previously affected your commission rate but this will no longer be a factor.

Cross-Border: previously Google required international merchants to have a US bank account (something that was not possible without being incorporated in the US). Now, you can link your account on your payment service provider’s platform and purchase receipts will be posted to it.

Income Tax: previously you had to record your TIN verification and other corporate data in the Merchant Center. Now, Google will rely on your payment service provider having collected this data.

Country Availability: Shopping Actions was (and is still) available only in the US and France. Google has announced that starting in 2021 Google Actions will begin to be released in other international markets.

There are two appealing features of this program for merchants. First, you’re not paying a fee to advertise your products in Google Shopping. Second, your Actions items are displayed in the Google Shopping tab where they will be found by more highly qualified users. That’s because users browsing Google Shopping tend to be one step closer to buying than those who see a Shopping ad or a text ad.

If you have an interest in learning more, please contact us.

Read What Google Ad Platforms Should You Use?. 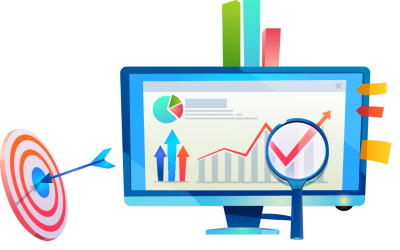 Website Issues Can Cripple Your Marketing Results Have you ever thought about how the strengths of your online store are going to drive the success of your marketing campaigns? Or questioned how any site deficiencies could negatively impact your marketing and revenue... 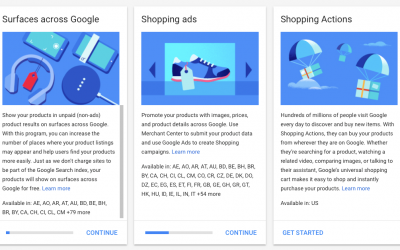 Google offers a number of platforms (or destinations, as they also call them) specifically designed for e-commerce merchants to promote their products on Google. Over the years these have evolved, some changing names or context along the way. If it’s not already...

What Google Ad Platforms Should You Use

First, let’s look at the key differences between the shopping platforms or destinations that Google offers to online vendors (although we show Google Text Search Ads for comparative purposes, this blog focuses on the three platforms designed for e-commerce vendors)....